Fernando Pessoa (1888 – 1935) is generally acknowledged as Portugal’s most distinguished and influential poet of the Twentieth Century. Pessoa published his poems under various heteronyms (alter egos with distinctive names and poetic styles). “Autopsicografia,” one of Pessoa’s most translated poems, was written under his own name, which was itself a kind of heteronym.

Paul Valéry (1871 – 1942) was born in Sète on the Mediterranean. As a young man he wrote poems, painted, and was drawn to music and architecture. He studied law, mathematics, and physics at the University of Montpellier before moving to Paris, where his work was noticed by the Symbolist poets of the 1890s. However, searching for a greater understanding of the intellectual and emotional functions of the mind, he withdrew from writing poems for twenty years.

Euripides (480 BC – 406 BC) was the youngest of the three great Athenian tragedians whose work survives. From the voluminous number of tragedies these three playwrights produced, we have seven apiece by Aeschylus and Sophocles, and eighteen or nineteen by Euripides, who was called in antiquity the most tragic of the tragic poets, and of whom it was also said that he showed people not as they ought to be but as they are. Some of the ancient references to Euripides, while they can’t be substantiated, give a vivid sense of the nature and popularity of his art.

Delmira Agustini was born on October 24, 1886, in Montevideo, Uruguay. She began to publish her work at an early age, and in her short life published three volumes of poetry: El libro blanco (Frágil) [The White Book—Fragile] (1907), Cantos de la mañana [Morning Songs] (1910), and Los calices vacíos [The Empty Chalices] (1913). An early modernista, Agustini was influenced both by the French Parnassians and the French symbolists.

Horace (65 BC – 8 BC) was a Roman lyrical poet of satire and historical/pastoral odes. Son of a freedman, eventually he became close friends with Virgil. His famous Ars poetica has been an abc of poetry practice and criticism. He was given a farm near Tivoli, and there he wrote his pastoral and other poems. His main works are his Satires, Odes, Epodes, and Epistles. His Ars suggests that a poet should read widely, and be precise and plain in thought and speech. His influence has been enormous on Pope, Ben Jonson, Auden, and Frost.

François Villon (1431 – c. 1463) was born François Montcorbier. A promising graduate of the University of Paris, adept in law and the classics, he fled to the countryside in 1455 after killing a priest in a brawl. For the rest of his life he was a violent vagabond, a thief, and arguably the finest lyric poet in French literature. Between imprisonments, in extreme poverty, he produced volumes of poems, including The Testament. When his death sentence in Paris was commuted to a ten-year banishment, he left the city and was never heard from again.

Gérard de Nerval (1808 – 1855) was one of several pseudonyms used by Gérard Labrunie, who translated Goethe’s Faust at age 19 and continued to import German Romanticism into French while also reverting to Renaissance poets for sonnet forms. A theater critic, travel writer and prose stylist, he is also ranked, on the basis of a dozen evocative sonnets, as one of the finest French poets. Subject to repeated schizophrenic breakdowns, he died at 47.

Armand Sully Prudhomme (1839 – 1907) was a student of law and philosophy who worked for years in the office of a Parisian notary after vision problems prevented a career in engineering. His writing efforts, encouraged by Leconte de Lisle, extended the Parnassian style, which objected to both Symbolism and free verse and hoped to restore the classical standards of elegance, calm and impersonality. Despite the small quantity of his verse and essays, Prudhomme was awarded the first Nobel Prize for literature, in 1901.

Arthur Rimbaud (1854 – 1891) was a French poet who wrote some of the most remarkable poetry and prose of the 19th century. He prefigured surrealism and free verse, and was a major figure in symbolism. Precocious and miserable in provincial France, he ran away to Paris at 16, where he read voraciously and lived in alcoholic squalor, sometimes with Paul Verlaine. Widely regarded as a prodigy, he wrote all of his poetry in the space of less than five years. Before age 21, he burned his last manuscripts and is not known to have written other work.

Nelly Sachs was born in Berlin, Germany, in 1891, the only child of upper-middle class Jewish parents. As a child, she was partly educated at home because of weak health, and for the same reason her parents discouraged her from a career in dancing, in which she had begun to excel. 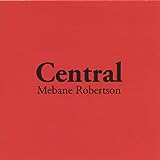