Maria Picone is a student at Goddard College’s low-residency MFA program and has degrees in philosophy from Rice and Princeton. She taught herself French after she attended a Descartes seminar as an undergraduate, in which she was the only one who couldn’t read French. Since then she has read not only philosophy but a wide range of literature in the original. She also has a personal affinity for French because she grew up hearing her grandmother often sing or curse in the language. 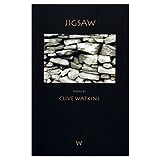