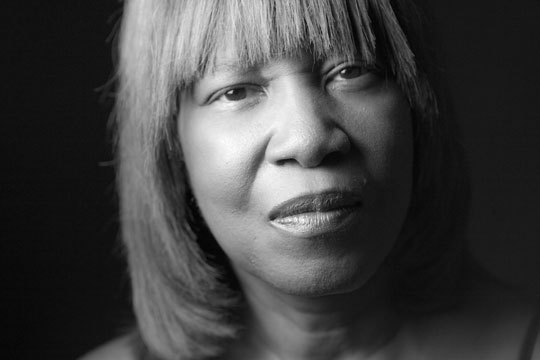 Patricia Smith, lauded by critics as “a testament to the power of words to change lives,” is the author of six acclaimed poetry volumes, including Shoulda Been Jimi Savannah; Blood Dazzler, a finalist for the 2008 National Book Award; and Teahouse of the Almighty, a National Poetry Series selection.
Her work has been published in Poetry, The Paris Review, Tin House, TriQ uarterly, and other literary journals and anthologies, including the 2011 editions of Best American Poetry and Best American Essays.
In addition to her poetic works, Smith is also the author of Africans in America, a companion volume to the groundbreaking PBS documentary, and the children’s book Janna and the Kings, which won Lee & Low Books’ New Voices Award.
Smith has performed around the world, including Carnegie Hall, the Poets Stage in Stockholm, Rotterdam’s Poetry International Festival, the Aran Islands International Poetry and Prose Festival, the Bahia Festival, the Schomburg Center, the Sorbonne in Paris and on tour in Germany, Austria and Holland. Smith has also been a featured poet on HBO’s Def Poetry Jam and has performed three one-woman plays, one produced by Nobel Prize winner Derek Walcott. In 2010, Blood Dazzler was transformed into a dance/theater production—in collaboration with former Urban Bush Women choreographer Paloma McGregor—and debuted at New York City’s Harlem Stage.
Smith is a professor at the City University of New York’s College of Staten Island, and on the faculty of Cave Canem and the MFA programs at Stonecoast/University of Southern Maine and Sierra Nevada College.

DB: I know you’ve been asked this before, but why poetry? And not in the sense of poetry as a beautiful thing, but for someone who has been really engaged in different mediums that have a far greater chance of speaking to more people than the poem—why choose the poem? As opposed to, say, fiction or drama?

PS: I think I turn to poetry almost exclusively because it incorporates the challenge of telling a huge story in a small, defined space. Ideally, you’re using just the words that move the narrative forward, and you have to put those words in exactly the right order if they’re going to emit any real power. At our best, we’re sparse and startling. A five-line stanza can change your life.
That’s also an especially interesting question because I’ve just finished editing a fiction anthology—which involved writing my first full-fledged short story—and I was surprised by how seamless the transition was. At no point did I feel intimidated or “underprepared”—in fact, I felt that it was my experience as a poet that provided me a fierce underpinning and the abilities to (I hope) instantly recognize the sinew and bone of any story; to look within and beneath character to isolate motivation; to craft settings that are concise, memorable and sensory-driven. The experience of writing the short story was exhilarating and revelatory, primarily because I defeated the little voice that predicted a crash-and-burn. But it was also a rewarding experience because it proved the effectiveness of poetry as cornerstone.
I always tell my students that if they dare say they’re impassioned about writing, then they should write in as many ways as possible. We build our own cages—”I’m a poet,” “I’m a short story writer,” “I write plays,” “I work for a magazine,” “I write book reviews,” “I’m an essayist.” I believe our one and only assertion should be “I am a storyteller,” and go from there. All the time we spend categorizing and pigeonholing our work is better spent writing. Just sayin’ that if you’re a poet, you’ve already got all the tools you need to tell any story, no matter what form it ultimately craves. Whether they’re willing to admit it or not, everyone builds on us.

DB: What is next for the black poet?

PS: Pretty much the same as for every other artist. Making sense of burgeoning chaos. Except that when you’re black and focused on the task of “witness,” the chaos constantly threatens to overwhelm. Lately I’ve heard controversy over who can speak for what community, and backlash against anyone black who dares criticize, disagree with, pointedly question or in any way disparage anything or anyone else black. We can’t improve and deify our culture at the same time.
Also, I think it’s time to separate those doing real, risk-taking creative work from those spewing well-worn catchphrases into a hot mic. The persistent specter of “spoken word,” with all its haphazard definitions, is turning into our own poetic hoodie—you either mistakenly look upon it as a symbol of rebellion, or you make skid marks getting away from it. Granted, it can be raucous and invigorating and there’s nothing like hearing a 15-year-old, under its umbrella, teach me something I’m better for knowing. But for every one of those, there’s another bemoaning his “chains” or spitting yet another praise song to her hips. Let it exist, let it flourish or fall, but please don’t let it be categorized as “the kind of poetry black people do.” Suddenly we’re back to pigeonholing.

DB: What truly is the poet’s function when the majority of whatever community they call their own has no idea that they exist? Is this something that you find yourself having to negotiate? . . .
. . . . . . 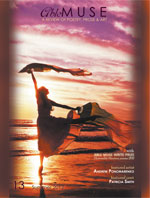