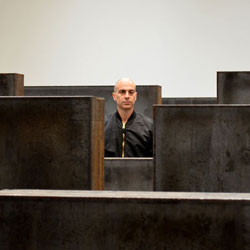 Adel Souto is a Cuban-born artist, writer, and musician, currently living in Brooklyn, NY.
He has written for his own fanzines starting in the early 1990s, and has contributed pieces to numerous magazines, fanzines, and websites since. He has released several books, including a “best of” chapbook on the subject of a thirty-day vow of silence, and has also translated the works of Spanish poets.
Souto’s work, both art pieces and photography, has been shown in galleries in NYC, Philadelphia, and Miami, as well as in Europe. His music videos have been screened at NYC’s Anthology Film Archives, and he has lectured on the subject of occult influences in photography at the following NYU schools and . . .
........
[ subscribers: login for full text ]