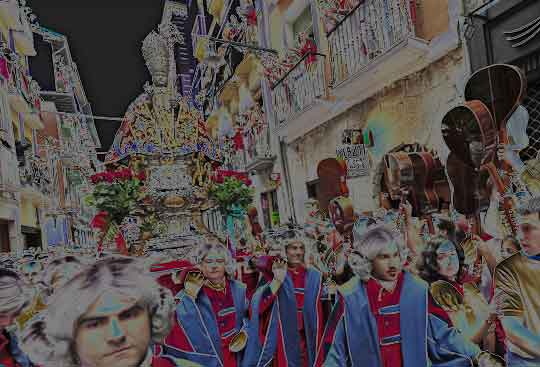 Your festival stirs it, Saint Fermin. You bishoped Pamplona’s see
till they severed your head and its sermons, the head that Saint Saturnine wetted
at the baptismal font in Toulouse. He was towed to his martyry
on a rope by a running bull. Now the cobbles are castanetted

by the beating of taurine hooves. The corral has its gates flung wide
and the bull-pack are surging like galleons as they forge through this flesh-and-blood strait
where, from fervor to fear, then to frenzy, the runners careen, saucer-eyed
as the Curva De Mercaderes makes a flume for the human spate.

They commit to what Hemingway wrote of so bravely but never once dared:
to tie on a scarlet bandana, drink wine, and, breakneck, to run
on the horns at the tips of the prongs, then to swerve for the throng and be spared
the cornada, the wound that would snuff out their Also-Rising Sun.

The bulls now explode through the Plaza, where, long before dusk, they will thrust,
pagan, against the estoque. And their blood will then steam from your dust.