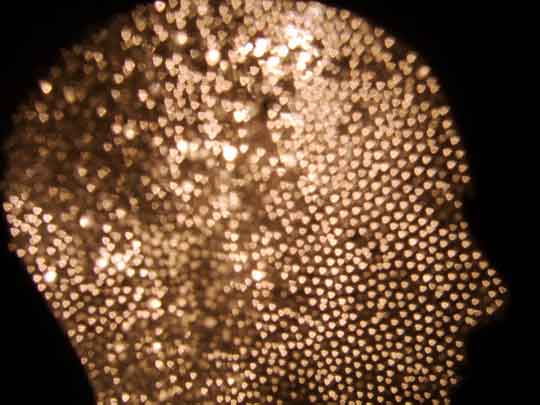 His patience: that was what stunned us into silence.
His old intensity, but suddenly gentler,
the way he leaned into the conversation,
his eyes lit, his brows knitted a little.
And the care he gave the words—the names, the places,
details we'd never heard. The paesan' hands,
moving like swallows, as he labored to tell us
why he must leave: His parents needed him.
His father couldn't work—the rheumatism,
the fingers curled like claws, lying in the lap—
and barely any work to be had these days.
He was the oldest son. It was his duty.
His mother, in the hospital upstate,
just holding on. His boss at the CCC camp,
iron-fisted with the absentees.
And he had to keep that job, so he could get married.
He needed to leave tonight.

Did one of us speak?
I don't remember. Or did he catch a glimpse
of his own hands, knotted, ropey with veins,
or feel the uneven thinness of his hair
in his nervous fingering through it? Something shifted.
Some raveled nerve end touched, and in its spark
he saw: the parents who needed him were dead,
long dead; his promised bride was the shrunken woman
whose eyes clutched at him now; and every job
he'd built a self with, over seventy years,
was ash and air. We watched the knowledge settle,
pressing, the way it pressed down every night,
the decades dense as stone, crushing his face,
the lines at his eyes deepening like wounds,
until, again tonight, he was shaking his fists,
cursing, shouting, like the man we knew.

I have seen this moment

I have seen this moment and you have captured it beautifully.