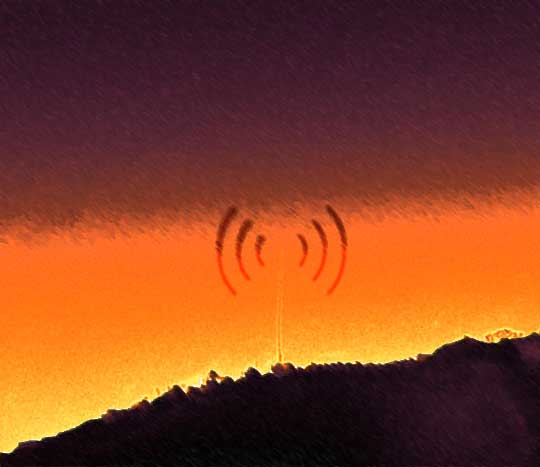 A special receiver for the continuous broadcasts of the weather service,
tuned to a noncommercial frequency and set to sound an alert when
hazardous weather is approaching.

He, in love with certainty but uncertain,
reasoned they would need one in Minnesota.
She, blown back and forth by so many changes,
bent to his reasons,

torn like scattered cloud cover. Newly married—
too soon transferred out of the life that held them
tracked and steady, dropped in a different landscape
known for its dangers,

kitchen-counter almond, the little unit
squat and square. The National Weather Service,
voices bright and confident over breakfast,
taught them to settle

down to standard formats and scripted statements.
Over time, though fronts reappeared, and cloudbursts
kept their pattern, safe was the watchword, safety.
Whether they noticed

human voices gradually disappearing
(year on year, recordings and then computers),
speech did not yet seem to them wholly absent,
mostly synthetic.

Still, it sometimes rattled them how the warnings,
past, still blared alarms, how the hours that followed
beeped alerts, how—poised over North Dakota—
something was coming.