In 1945 the Allied forces are trekking across Europe, pausing incidentally to free the Jews from Hitler's camps. Newly emerged from the ashes, three ex-prisoners--a logician, a saint and a schemer--come together. Led by 19-year-old Isaac Kaufman, this trio joins forces in survival to exploit the only industry up and running in a crippled German town, the black market--until they discover and decide to steal a four foot cube: "18 tons of golden ingots created from the fillings pried from the teeth of the Jews of Eastern Europe.".

Blind, homosexual, Russian émigré speechwriter Nathan Kazakov has enough problems even before his left ear is obliterated by a bullet presumably meant for the Israeli prime minister. Determined to solve the mystery, Nathan begins exploring a web of conspiracies involving messianic orthodox settlers, Arab terrorists, and the Israeli secret service. Was the bullet intended for Nathan after all? or perhaps for the prime minister's son Gabriel, an archaeologist who shuns his father's politics? One trail leads to Leviticus, another beneath the Temple Mount.

The wicked exploits of an assortment of louts and losers occupy Melvin Jules Bukiet's profligate imagination in these delectable stories. The title of Melvin Jules Bukiet's latest collection hints at the deceitful nature of its multiple protagonists. An aspiring writer stalks Vladmir Nabokov across midtown Manhattan one afternoon in the summer of Watergate. A young co-ed's seduction of her elderly philosophy professor delivers her an A and him lasting happiness. Max, "a liar and a voyeur, like any true artist," wanders the East Village taking photographs of murder victims.

While the Messiah Tarries: Stories (Library of Modern Jewish Literature)

A collection of imaginative and humorous short stories by Melvin Jules Bukiet which often end in madness, death or religious epiphany.

Stories Of An Imaginary Childhood (Library of American Fiction)

In Stories of an Imaginary Childhood Melvin Jules Bukiet inscribes the world that might have been his own if not for the catastrophe that destroyed most of Jewish life in eastern Europe during the 1940s. Set before the Holocaust in the tiny Polish shtetl of Proszowice, each interconnected story follows the young protagonist through the pleasures and humiliations of childhood and the rites of manhood, as he fights against historical, social, and psychological forces that threaten to pull him down. 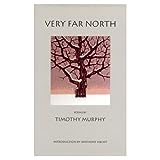